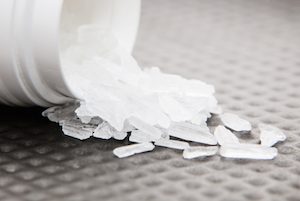 The ice epidemic! New stories, new perspectives every day in the news. But what is really happening? Are we facing an ice epidemic? I want to begin by highlighting the truths and myths of ice use in Australia. Let’s start with the latest research. According to the 2013 National Drug Strategy Household Survey, 2.1% of the population reported using methamphetamine (ice, base & speed) in the previous 12 months. This has also been the percentage of the population using methamphetamines for the past 10 years – which means there has been no significant increase in methamphetamine users. This firstly tells us we’re not facing an epidemic. An epidemic refers to a spread from person to person. This is simply not what we’re seeing with ice use.

Previously, there may have been many methamphetamine users living in communities without neighbours, family, friends or others necessarily knowing about their use. Due to the symptoms of ice being more noticeable and extreme, users are much more likely to be conspicuous to the people they are closest to. This can enhance the perception that more people are using these drugs, which then leads to sensationalist headlines like “ice epidemic!”

What are the clear messages for you to communicate to young people, colleagues and family you’re connecting with?

1. Remember it is a small minority that is using this drug

Communicate this message rather than being caught up in media headlines. Young people in particular need to be encouraged that they’re in the majority if they’re not using ice or any other illicit drug. We do not want to normalise ice use as it is not the norm at all.

We know ice is generally more pure than speed and base (other forms of methamphetamine). It causes serious harm physically and mentally, with major changes to the brain and body, and many users have major mood and behaviour changes. The purity of ice encourages the user to return for more, and often why users relapse even with treatment. This is why funding needs to focus on improving treatment across the country, rather than focusing solely on law enforcement.

Let’s keep it in perspective. Yes, ice use is concerning like every other drug. However, alcohol continues to be the leading cause of drug harms in Australia. We need to continue to acknowledge that Australia has a drinking problem and ongoing funding is required to ensure young people and the adult community are educated about the harms.

If you’d like to clarify any information regarding this topic, “Debunking the Ice Epidemic” please contact Kimberly Price, Education Manager at Encounter Youth on 08 8179 0300 or education@encounteryouth.com.au. Check out the Encounter Youth website for insight into our Party Safe Education program with young people, parents and teachers on our seminars page 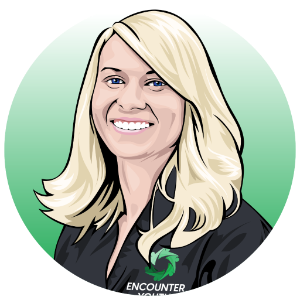