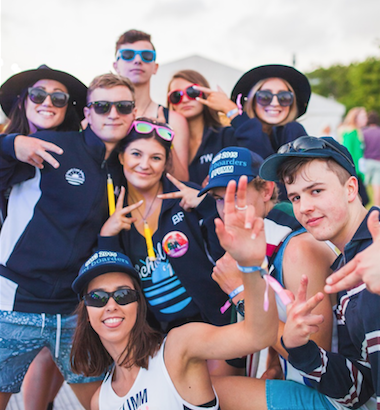 Last week, as part of our Party Safe Education™ program, we spoke to a group of parents about the legalities and duty of care for hosting a party. During the seminar, we were posed the following question:

“If a young person organises a party while their parents are away, do the parents still have a duty of care to those celebrating in their home?”

Parents’ duty of care for parties in their home

We know from our work with young people that the majority make great choices about how and where they celebrate. There have been occasions, however, when young people have organised a party and parents have been left to pick up the pieces. SA police (SAPOL) provide an online notification form so that SAPOL can be prepared if they are called to attend a party. However, when it comes to legal requirements and duty of care, a teenage party held without the knowledge of the home owner is a very grey area.

It is important to note that even if somebody was injured as a result of the party, it is unlikely that there would be any criminal charges unless the parent(s) were negligent in some way. What is more likely is a civil case, where the injured person, or their guardians sued the party host or the host’s parents for damages as a result of the injury. In this case, a judge would have to make a decision based on the individual circumstances as to whether the young person and/or their parents had fulfilled their duty of care to the people at the party. There are a few things that would be considered in this scenario, particularly if the party happened without the parents’ knowledge.

1. Was it reasonably foreseen that a party would take place?

For example, had it happened before? Had the young person indicated that they were going to have a party? If the parents were aware that a party may have happened, or was likely to happen, and did nothing, then they are more likely to have some liability.

2. Could it have been reasonably foreseen that somebody could have hurt themselves in the home?

Was the house an unsafe environment for that party? For example, if there were renovations underway and there was dangerous tools or construction supplies lying around and somebody injured themselves as a result, the home owners could bear some responsibility for that person’s injury.

3. How much responsibility should the young person take for the party?

As mentioned above, most young people celebrate positively and safely and make great choices when they party. Furthermore, we are not lawyers and this is not legal advice, but we wanted to discuss this topic, as we understand it can be a concern for parents. From our perspective, if there is an indication that a party may happen without a parent’s permission, taking reasonable steps to prevent it from occurring is the best way that they can ensure they protect themselves and their home.